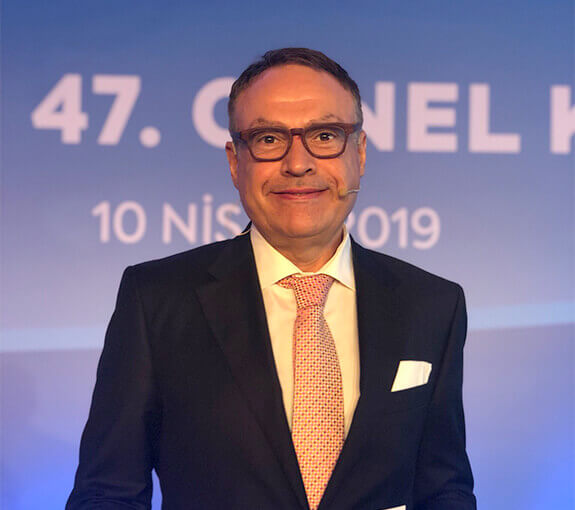 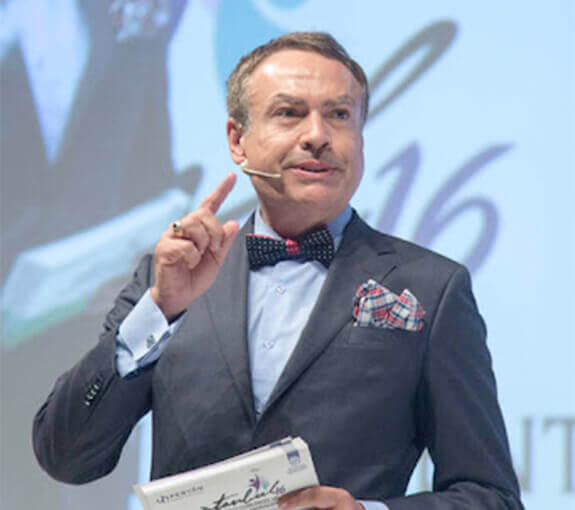 He was born in Istanbul, in 1968. He graduated Psychological Counseling Department in Bogazici University, Istanbul. He finished a Certificate Program at New York University in New York, USA.

In 1994 he started working as a journalist. He started writing articles, interviewied celebrities for the Sabah Group, one of the two biggest media groups in Turkey. His articles and many cover stories appeared in Sabah daily, Aktuel (weekly), Cosmopolitan, Esquire and Harpers Bazaar. In the meantime he was also presenting and producing a radio talk show for Radio 2019.

In 1996, as NTV was being prepared to launch as one of Turkey’s most prestigious news channels, he moved on into television. During a five-year career at NTV, he has produced and presented a three year long show “Sounds and Colors”. Another one “Traveler” for one year and a five-episode documentary called “Weddings and Funerals in India”. He did many other shows and live coverage. At that time he started gathering news and preparing stories for CNN International. Over the next five years, he took part in annual educational programs and seminars on “International Television Journalism” at the CNN Center, Atlanta.

From NTV, he made the change to CNN TURK and presented and hosted the show; “Sounds and Colors”. “Sounds and Colors” was awarded as “The Best TV Show of the year” by prestigious Communications School in Marmara University. He co-hosted and filmed a documentary: “Population Exchange between Turkey and Greece in 1929s” which aired for almost a year. This award-winning four-episode documentary is still shown at the festivals and sometimes on documentary channels. The following year, he was asked by CNN International to work as the “Turkey producer and reporter”, which he did for one year. His column, “A Day Out in Istanbul” appeared regularly in The Turkish Daily News. He interviewed many international celebrities such as Glafkos Klerides, Tayyip Erdogan, Liza Minelli, Hillary Clinton, Aga Khan, Yo Yo Ma, Magic Johnson, Sophia Loren, Carla Bruni; and travelled to somewhat 50 countries, in pursuing countless stories…

In 2003, Turkmenoglu was awarded by Knight-Wallace Fellowship, which allowed him to live in Ann Arbor for one year. While at U f M, he presented a series of lectures and seminars on “The Last Decade for the Turkish Media”. He polished his French, got courses in Middle East, History, Italian Cinema and politics. He watched his “100 Must see films” again and finished all the books he wished to read and wrote one for himself.

Upon his return to Turkey, in 2004, he began working for Milliyet newspaper, where he conducted interviews and wrote travel page, introducing a new destination every week for five years. He also hosted a Talk-Show at the national TV Station, TRT2. Currently, he produces and presents daily “Coast Diaries” for the summer season and weekly “Hayat Gezince Güzel” during the prime season at CNN TURK. His first book, “Let It Be There Pennies More, If It’s Red”, was published in 2003. With 4 editions, it remained in the “Top-ten” list for a long time. His second book, “Interpretations of the American Dream” was published in 2005.

He received the “Best Travel Writer of the Year in The National Media” award in 2006. In 2007 he was awarded by the Turkish Association of the tourist guides as the “Best Travel Writer” and recently by Turkish Folklore Foundation. He co-authored a travel guide book, “101 Must-See Places in Turkey”, which appeared both in English and Turkish. With some updated information every season, this travel book still remains as one of the best selling travel books.

Turkmenoglu also gives seminars on “Presentation Techniques” and “Media Communication” for corporations. He is a participant at special events quite often and a regular guest speaker at the universities all around Turkey. He is also managing the flow of the conferences and seminars and acting as a moderator.