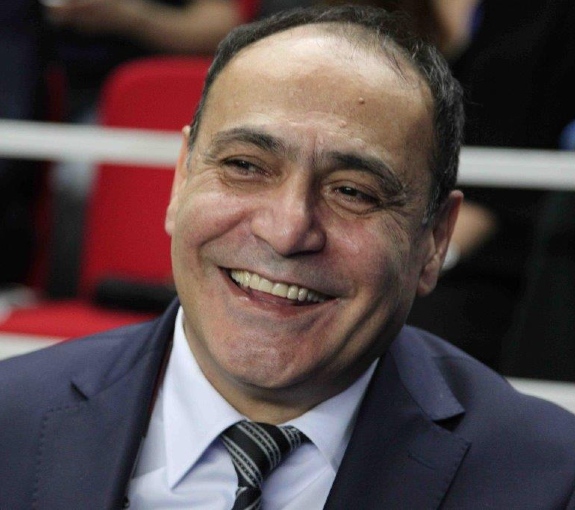 Cetin Yilmaz, born in Ankara in 1956 is married and the father of one.
He attended middle school and high school in Karabuk and Ankara where he was was educated in English. In 1980 he completed his major in sociology at Middle East Technical University (METU) in Ankara.
Cetin Yilmaz was the technical trainer for Anadolu Efes Basketball Team betwen 2010 and 2014. Prior to this, he was the coach for Ulker (7 seasons), Fenerbahce (5 seasons), Cukurova (5 seasons), METU (8 seasons) all of which are the leading basketball teams in Turkey. He also trained Tuborg, Beykoz and BJK basketball teams.
In addition to the teams above, Cetin Yilmaz also was the main coach for the Turkish National Basketball Team and the Turkish National Future (youth) Basketball Team.

“Being a coach for a basketball team may seem like it’s different but actually it is quite close to all levels of the business world. It’s like managing a bank, a hospital or a company. Parameters in professional life can be found in coaching for a team: management, expertise, leadership, team work and the work discipline.”

Cetin Yilmaz also takes part in seminars and conferences designed by businesses about Team and Team Work, Leadership, Productivity, Personal Development and Motivation as a Speaker.
He worked with people at Turkcell, Global Bilgi, Akcansa, Sanovel, Akcavis, Sandoz, Pfizer, Roche, Unilever, McDonalds, Anadolu Group, Group SEB, Volvo, Nissan, Mercedes Benz, Siemens, Zoetis, Koc Holding, IBM, Intel, Remax, Cargill, Hedef Filo, Schneider Electric and Alexion Pharmaceuticals.
He works as a management consultant, trainer for the basketball trainers and as a board member of the Turkish Basketball Coaches Association. He had worked for Lig TV and SKY Turk as a commentator and he also wrote on sports page at Hurriyet newspaper.