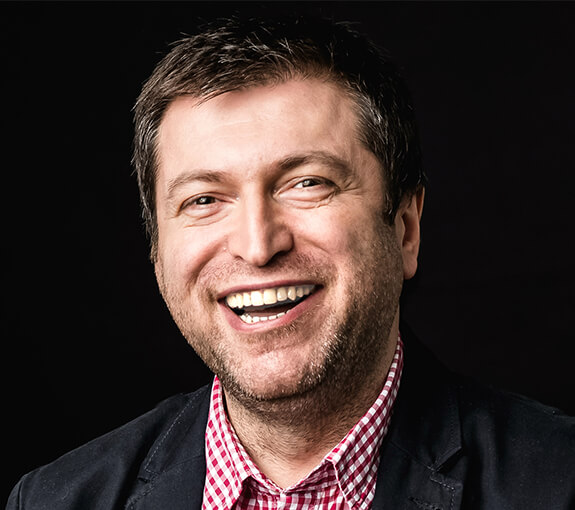 In 1995, his career started as a journalist in an editorial service while he was working in the founding team at Posta. Until 1996, he was the editor of Science-Tech page.

In 1997, he took part in the founding team at Radikal as a technology editor. At that time he prepared a page that related only to the internet world for the first time and the page entitled “Sanal Alem” became an independent supplement distributed with newspaper in 1998.

In 2004, he continued to present a program entitled “Radyo Kozmos” that he used to present this program at Radio 92.3 in 2002. In 2005, this program which was the first Turkish podcast was awarded as “The Best Technology Radio Program” by Informatics Association of Turkey.

He set up and directed the websites of Fanatik, Radikal and Finansal Forum.

In 2007, as a Director of New Generation Services at Dogan TV Holding, he digitalized the content and enriched interactive services mainly at KanalD, Star, DSmart, Radyo D, Radyo Moda and all other TV channels and radios that belong to Dogan TV Holding.

In 2008, he established a content agency entitled MYK MEDYA that contained the most popular websites in the field such as Yahoyt.com, Televidyon.com, AlkislarlaYasiyorum.com Kaybolduk.biz.

On 26th August 2009, he launched the Turkey Pirate Party movement.

Currently, M. Serdar Kuzuloğlu prepares a weekly column at Radikal about world trends and he presents “Sosyal Medya” which is the Turkey’s longest-running program in the field of social media at TRT, in addition to these he works as a consultant for various companies engaged in digital strategies.

In addition to many reputable conferences and institutions, particularly in the event TEDx, he participates as a speaker in the event related to the digital culture,technology and its effects on our life, digital trends and issues and new generation As a co-founder of New Media Certificate Program at Kadir Has University, Mr.Kuzuloglu also teaches in his areas of expertise in many other universities.